Intended to decay while on public view, “Strange Fruit” is made up of empty fruit skins that have been sutured together and sprawled across the gallery floor by the artist. The work was created in New York in the 1990s, during the early days of the ongoing global AIDS crisis, before any life-saving treatments were available. This was an era marked by tragic loss and the stigmatization of queer people and people of color, along with sex workers and drug users. In this climate of discrimination and neglect, people were dying daily, their bodies treated by the US government and healthcare industries as disposable. After the deaths of several close friends, including fellow artist David Wojnarowicz, Leonard began to sew these fruit pieces. Out of that process, over a period of six years, “Strange Fruit” emerged.

The work’s title is taken from the anti-lynching song of the same name written by Jewish-American composer Abel Meeropol and famously recorded by Billie Holiday in 1939 with lyrics like, “Southern trees bear a strange fruit / Blood on the leaves and blood at the root / Black bodies swinging in the southern breeze / Strange fruit hanging from the poplar trees.”

Recalling memento mori still-life paintings, which incorporate imagery such as fruit and flowers to symbolize life’s fragility, in this work, the process of decomposition unfolds before our eyes. Both effigy of, and elegy to, the lives of loved ones, “Strange Fruit” offers a haunting reflection on histories of violent persecution and a poignant meditation on mortality and transformation.

Over the past three decades, Zoe Leonard (American, born 1961) has developed a distinguished career working across the mediums of photography, sculpture, and installation to question the politics of images and interrogate the conditions of display. Poetic, personal, and often drawn from everyday life, her work focuses on themes of gender and sexuality, loss, migration, the urban landscape, and human relationships to nature. Since the 1980s, Leonard has exhibited widely both domestically and abroad, most recently holding major solo exhibitions at the Musée d’Art Moderne Grand-Duc Jean in Luxembourg (2022), the Whitney Museum of American Art in New York (2018), and the Museum of Contemporary Art in Los Angeles (2018). She is also the recipient of numerous awards, including the Guggenheim Fellowship in 2020, the Bucksbaum Award for her contribution to the 2014 Whitney Biennial, and the Anonymous was a Woman Award in 2005. She currently lives and works in New York, NY and Marfa, Texas. 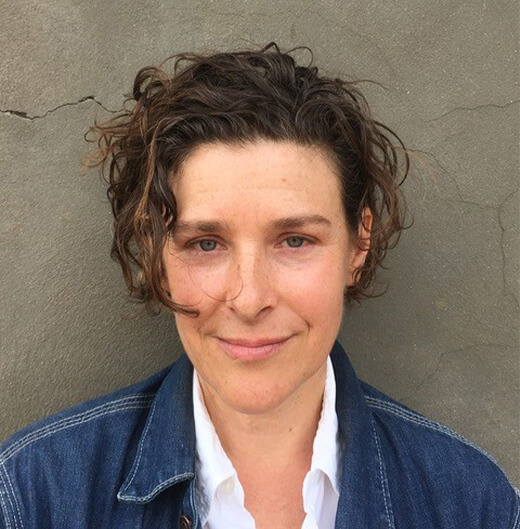 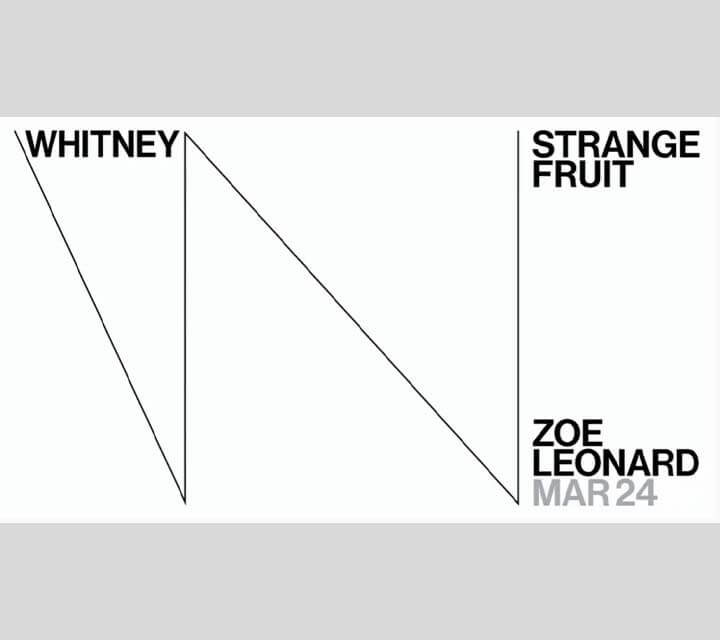 Video
Listen to a range of voices including artists, poets, conservators, and friends reflecting on this artwork.
Watch video 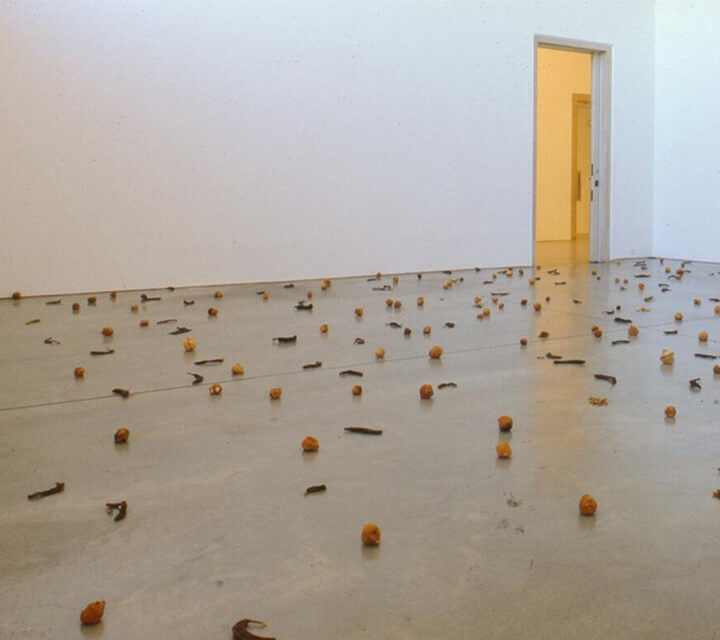 From the Archives
Learn more about the first exhibition of Strange Fruit at the museum in 1998.
View exhibition 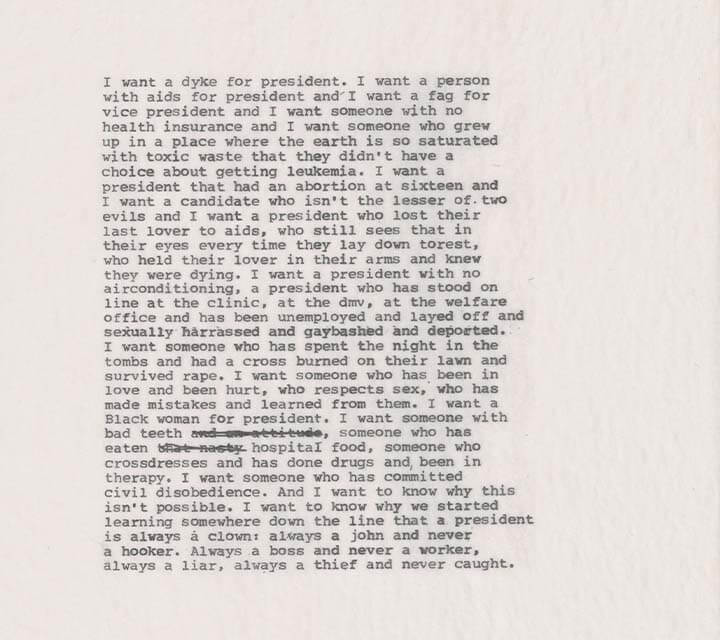 Collection
Explore other artworks in the collection by Zoe Leonard.
View collection