Fit for a Princess

Actress and Philadelphia native Grace Kelly (1929–1982) wore this gown for her wedding to Prince Rainier III of Monaco on April 19, 1956. A gift from her studio, Metro-Goldwyn-Mayer, the dress was designed by Academy Award–winning costume designer Helen Rose, who had created the star’s wardrobe for four films, including High Society and The Swan.

Perfect from Head to Toe

MGM’s wardrobe department constructed it with meticulous care under strict security. In style and detail the dress was conceived to complement the bride’s fairy-princess image. The bell-shaped skirt of ivory faille, supported by three attached petticoats, fans out into a graceful lace train. The high-necked bodice of antique Brussels lace was re-embroidered to render the seams invisible and then accented with seed pearls. Lace embellished with pearls covers the accompanying prayer book, shoes, and cap, which is surmounted by a wreath of orange blossoms. The circular veil was designed specially so as not to obscure the bride’s famous face.

As a Hollywood star, Kelly was renowned for her beauty and talent and for her understated, classic style that inspired the fashion phenomenon known as the Grace Kelly Look. As a royal bride, her magnificent yet simple ensemble incited intense interest and admiration. Shortly after the wedding, the princess presented the gown to the museum, where it has become one of the collection’s most popular and beloved objects, and continues to serve as the ultimate exemplar of bridal elegance.

Explore one of the collection’s most popular and beloved objects.

H. Kristina Haugland, The Le Vine Associate Curator of Costume and Textiles and Supervising Curator for the Study Room
Explore MoreDiscover additional stories and items related to this exhibition. 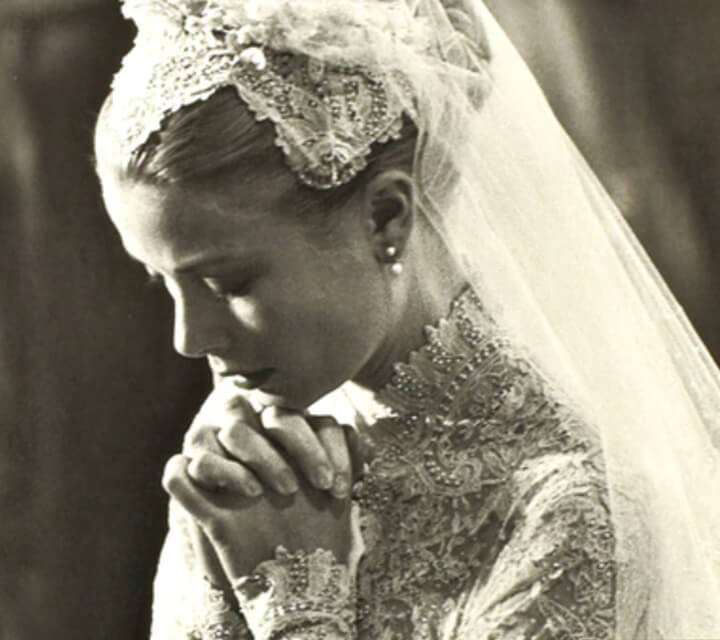 Publication
Read the story behind the wedding gown.
Buy book 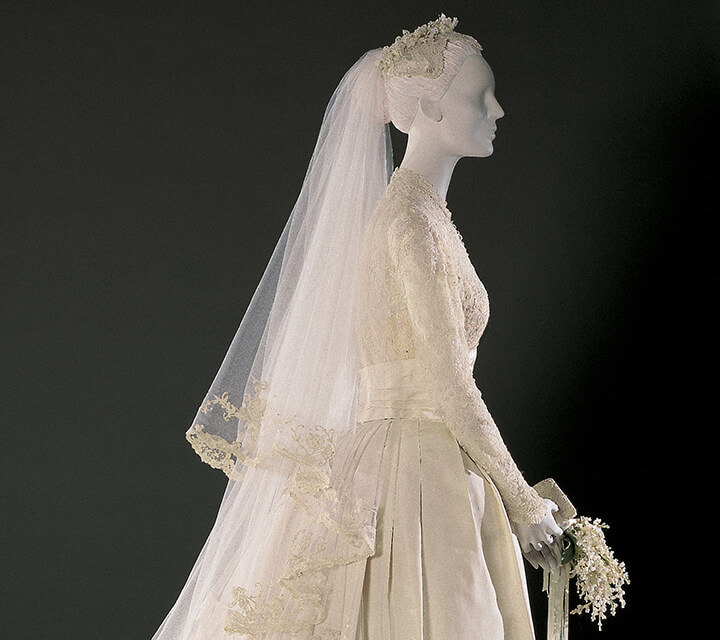 Past Exhibition
Explore our 2006 exhibition about the fairy-tale dress.
View exhibition