All about the Benjamins

Portraits of a Founding Father

You can encounter Benjamin Franklin quite frequently throughout Philadelphia, a city he called home for much of his life. But did you know that you can find some of the most enduring portraits of the inventor, scientist, writer, and diplomat at the museum? Shown here is just a sampling from the collection, from an exquisite marble bust from 1779 to a contemporary vase that places the Founding Father amid song lyrics, symbols, and rappers’ names.

Jean-Antoine Houdon’s powerful bust demonstrates the artist’s peerless observation and modeling skills, while paintings by Mason Chamberlin and Benjamin West commemorate Franklin’s scientific discoveries. Other works include the earliest portraits of Franklin to circulate in Paris after his arrival in December 1776 as a representative of the emerging American republic: a widely copied print of him in a fur cap and a terracotta medallion adorned with his famous profile.

Houdon’s sculpture and the painting by Anne-Rosalie Filleul relate to the Salon of 1779, which prominently featured many portraits of Franklin, underlining the triumph of this great American and his cause. The ceramic figurine of Franklin—mislabeled as Washington on the base—and the porcelain cup bearing his image further emphasize his popularity and the demand for commemorative objects with his likeness across mediums.

All about the Benjamins Century Vase

On Roberto Lugo’s vase below, you will find Benjamin Franklin as you’ve never seen him before. The Philadelphia-born artist riffs on traditional representations of Franklin by placing him within a constellation of songs, symbols, and rappers’ names that shaped his childhood and adult life. Below Franklin appears the phrase “All about the Benjamins,” a reference to a 1997 song by rapper and producer Puff Daddy and slang for one hundred dollar bills, which bear Franklin’s image.

Explore some of the most enduring portraits of Founding Father Benjamin Franklin. 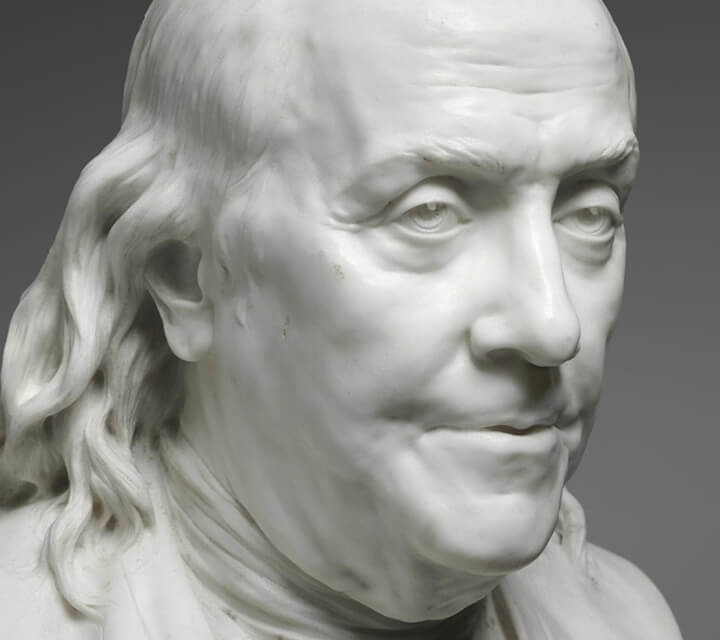 Educational Resource
A bust of Franklin comes to life in this classroom resource.
View resource 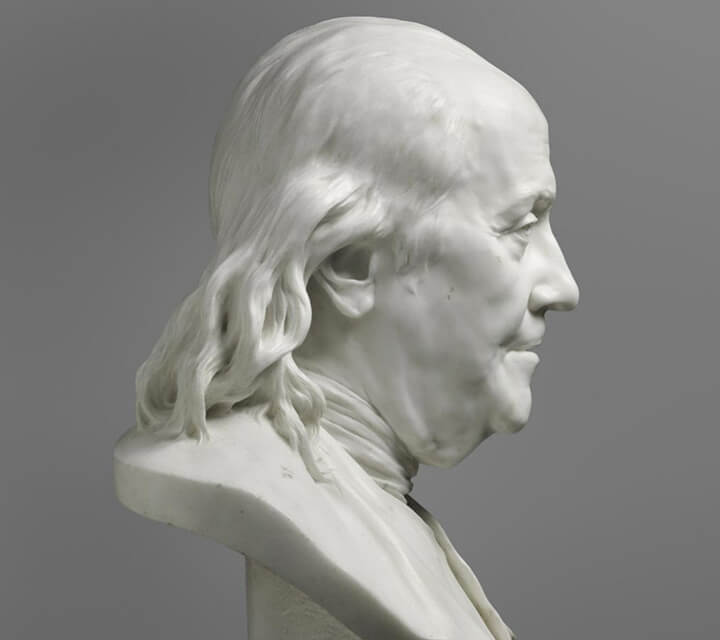